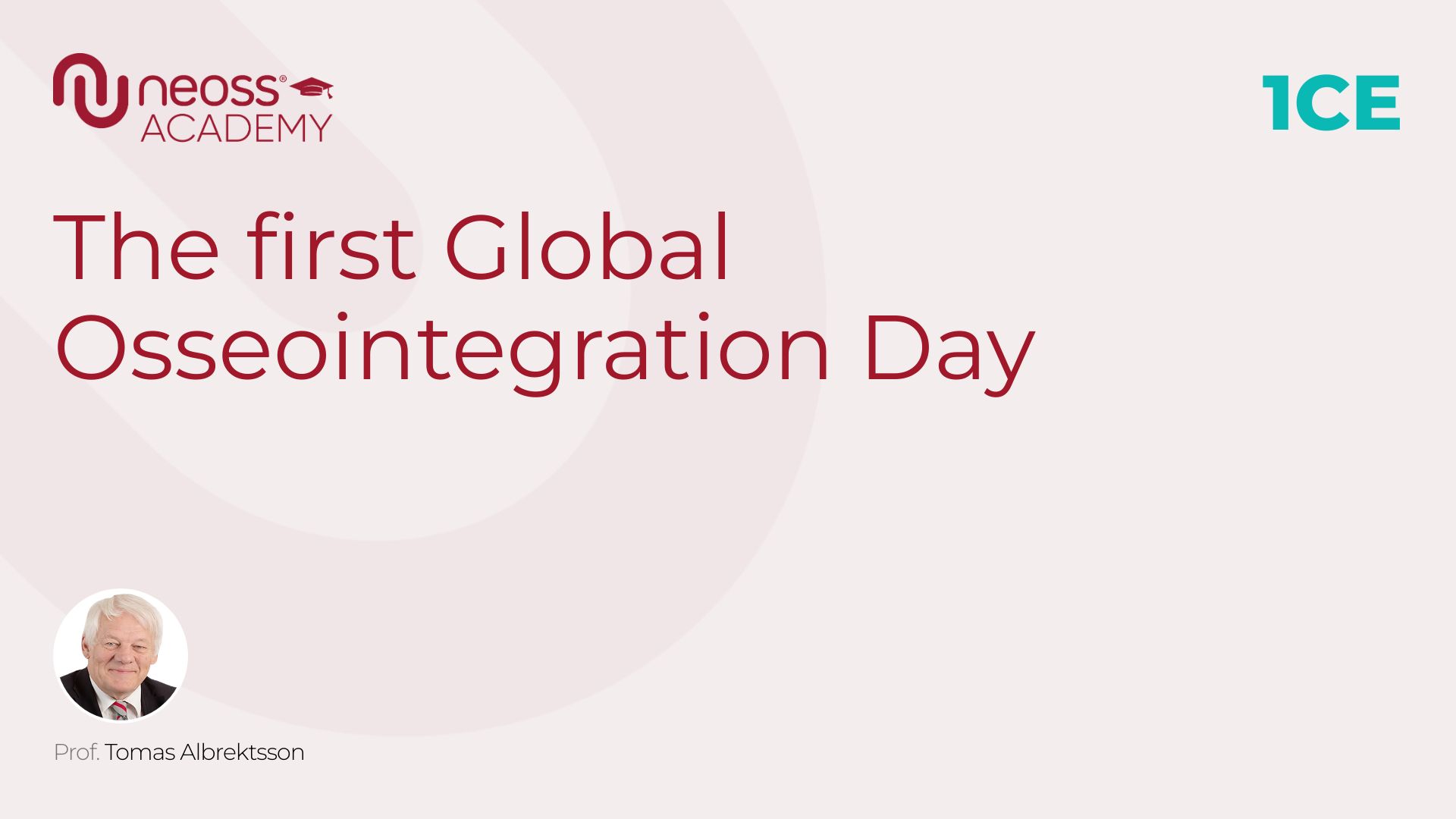 In order to participate in a live webinar or watch an on-demand webinar, you must be registered as a member of this website. If you already have an account, please log in. If not, you can create an account for free.

The first Global Osseointegration Day will be held on the birthday of P-I Brånemark, the man who coined the term osseointegration. This meeting is planned to be an annual one and is made possible by the support of Neoss

This the 1st Global Osseointegration Day of May 3rd of many to come, and is an ACP and EAO initiative with particular honors to Per-Ingvar Brånemark, father of osseointegration, whose day of birth it was. As is evident from a recent report published by AO in 2020, Brånemark decided to solve the issue of edentulousness in 1953 after having experienced the calamity of a nurse losing her false teeth accidentally. She had severely resorbed alveolar ridges and was unable to provide proper retention for her false teeth. When Brånemark nearly ten years later for the first time worked with implants in an experimental study of bone microcirculation found his implants stably anchored in the rabbit bone he was investigating, he immediately decided he was going to use this finding to provide stable anchorage for false teeth, despite the fact that Brånemark himself was a physician and not a dentist. After initial studies of oral implants placed in Beagle dogs, he treated his first patient with oral implants in 1965. The rest is history even if it took a long time before dentists were convinced of adequate implant success following the Toronto conference in 1982. With time, Brånemark´s team applied osseointegration in craniofacial and orthopedic sites to treat various conditions. P I Brånemark was born in 1929 and passed away in 2014.